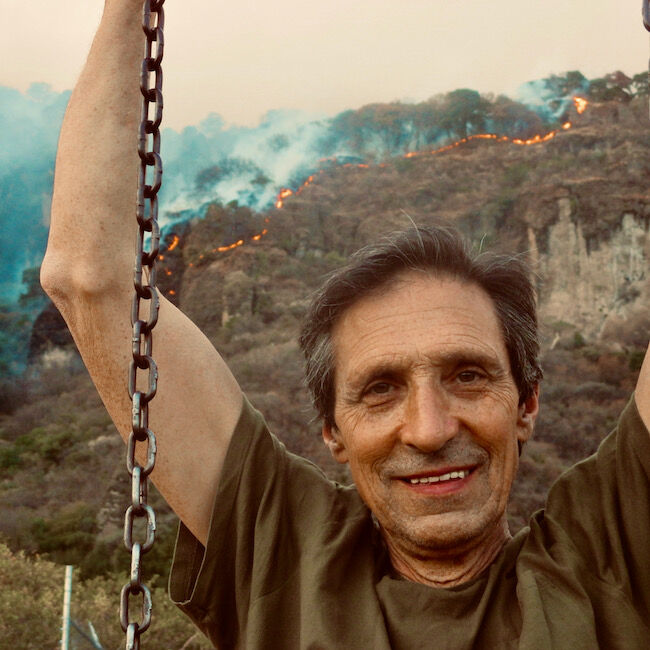 Tepoztlán, Morelos, Mexico. Dagen Julty, clown, artist, musician, and an old friend, came to visit from the United States. He arrived after a major forest fire was underway. You can see the ring of fire on the mountain behind him swinging in the park. Photo by author

Mexico attracts many creative people. Dagen Julty is one of those.

We've known each other since the 1990's, when I lived in a spiritual community in Western Massachusetts, and he lived in a community house across the street.

Dagen bought a three room adobe cabin in the middle of the woods, two hours south of here. It has no access road and no facilities--very primitive living. I stayed there for ten months in 2006 after Dagen returned to the US.

He recently learned that the ownership of his land was in dispute, and came to check it out. He gained a new appreciation for Tepoztlán and Mexico. This turned out to be just as important as checking his land.

He covers both of these topics in the video below.

As he said in the video, Dagen came to Mexico to check out his land. He came to Tepoztlán to visit me. We'll take a look at these two parts of his visit with images and text.

Xihua, pronounced "she-wah," is a Nahuat word meaning, "to be." Nahuat is the most prominent indigenous language group in Mexico. Dagen selected this name for his place because it's where he learned to relax into his creative self, instead disappearing into the grind as in the US. 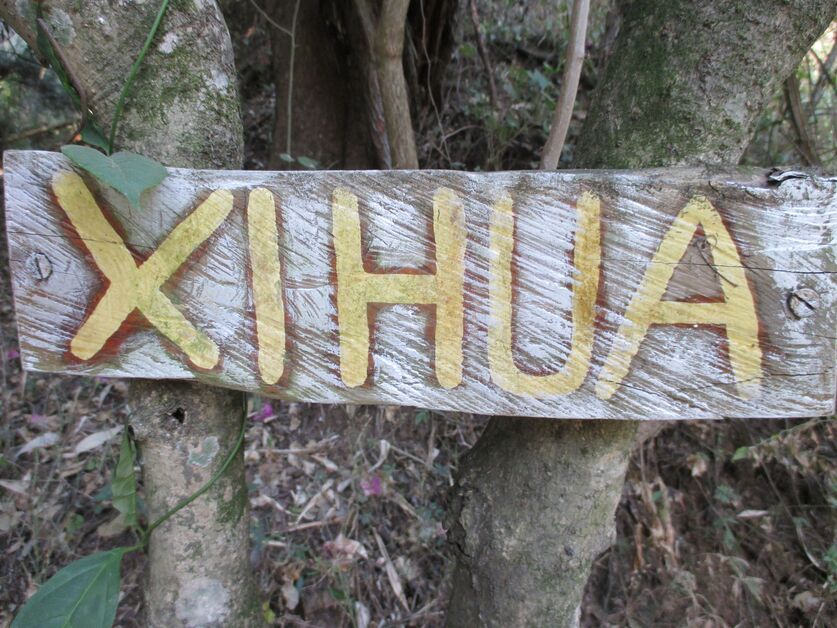 I've never purchased land in Mexico, but I've heard plenty of horror stories similar to Dagen's experience. For example, a German aquaintance and her husband made a downpayment on some land and soon discovered that ten others had done the same for that parcel. Land purchase in Mexico is very complex.

Problems with builders are also common.

A close friend who acquired an estate to create a healing center and bed and breakfast had major renovations done on the main building. She wound up in court with her builder with a stressful situation that cost her a lot of lot of money.

Here is an article with a video interview of another friend who fired her architect and did her own drawings.

But let's get back to Xihua and see what a lovely place it is.

Here are some photos of the three room adobe cabin: 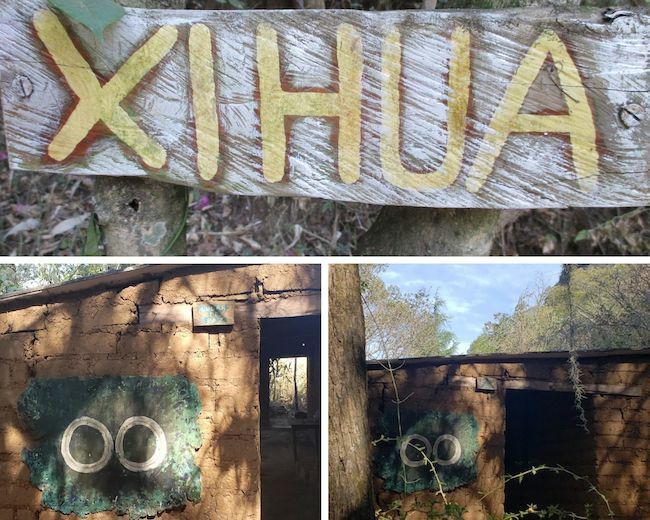 Tepoztlán, Morelos, Mexico. The front entrance. Notice the little sign to the left of the door. It says: Lugar de Paz, "Place of Peace." Photos by author 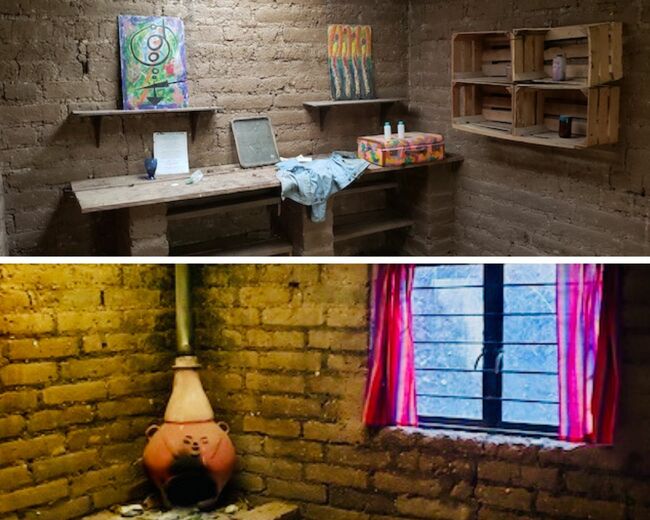 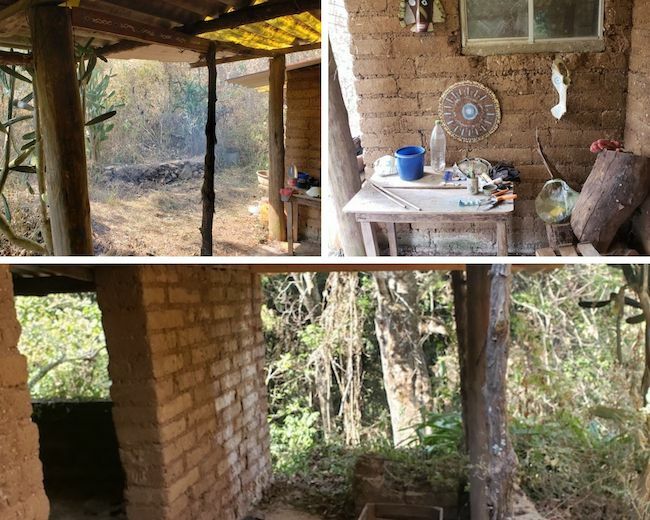 Tepoztlán, Morelos, Mexico. Two views of the back of the cabin. Photos by author 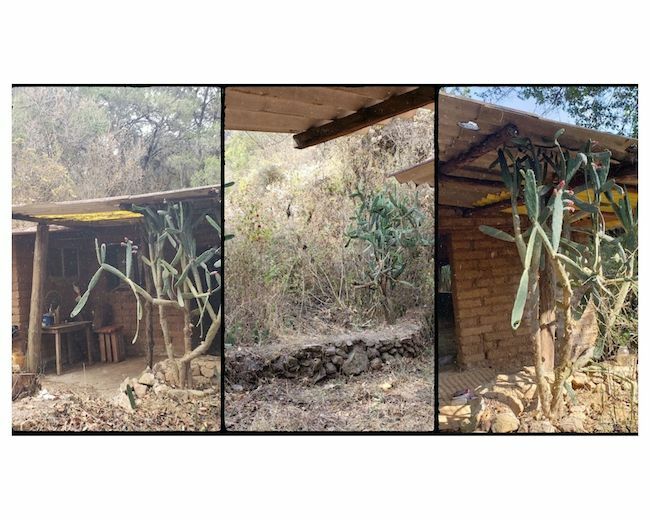 Tepoztlán, Morelos, Mexico. Views of a cactus in the back of the cabin. Photos by author

Dagen described some of the beautiful natural surroundings at Xihua in the video above. One of the outstanding and unique characteristics is the year round source of water, very unusual in this otherwise dry area.

Please see the video at the end of this article. It focuses on a cascade that's a half hour hike from the cabin.

Here is a part of one canal feeding the area: 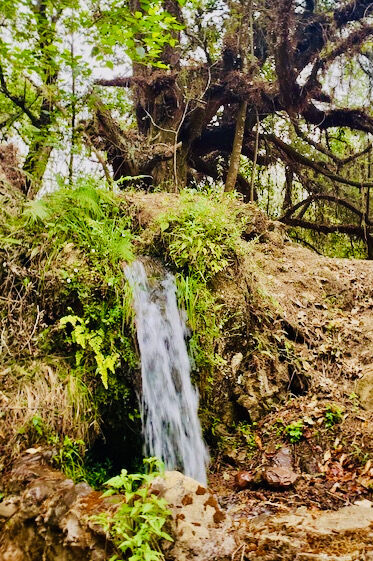 Tepoztlán, Morelos, Mexico. On the trail near Xihua is a tiny cascade feeding one canal that feeds the area water year round. Photo by author 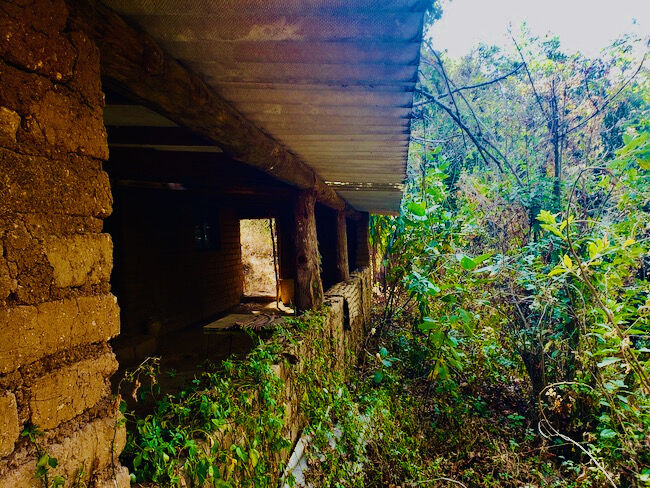 Tepoztlán, Morelos, Mexico. The side of the cabin. Photo by author

In and About Tepoztlán

The second part of the video interview at the top of this article describes some of Dagen's feelings and experiences visiting me in Tepoztlán before and after he was at Xihua. I'll share those here. 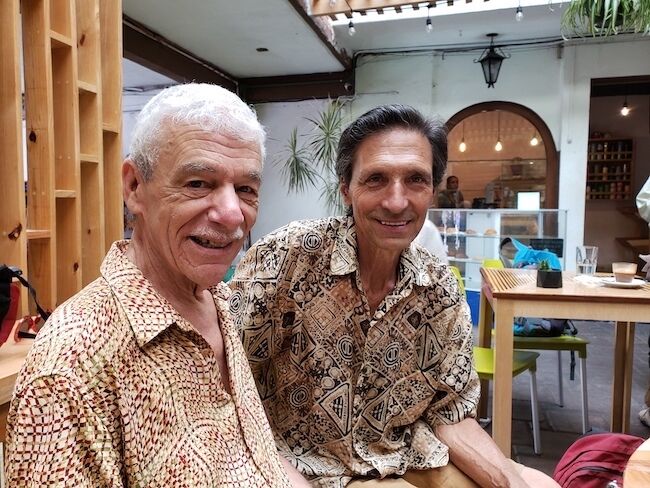 Tepoztlán, Morelos, Mexico. Dagen and I at a cafe in Tepoztlán Centro. Photo by author

Here are some scenes of our hike on the property of the boy scout camp close to where I live. 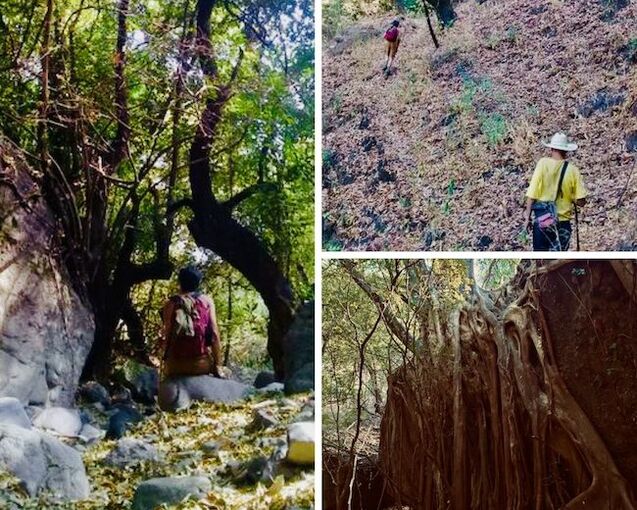 Tepoztlán, Morelos, Mexico. Left: Dagen meditating off the trail; Top right: Dagen in the lead with us on the trail; Bottom right: Roots of an amate tree growing over a boulder. Photos by author

Dagen told me that he is considering moving back to Mexico. He told me he feels that there is more freedom in Mexico to be himself because the country is more "human-scale" that the US. This comes from a greater financial equality, with most people in Mexico in the middle or lower middle class. It provides a "spaciousness" for creativity compared to the pressure in the US for economic survival.

When I asked Dagen how he would spend his time here, he told me that he is a "shamanic clown," going into trance and doing "funny stuff." Before that he was Happy Dan the Music Man, a children's entertainer. Earlier he was a music teacher.

If he came here, he'd be giving up his studio in the States.

His first goal would be to take his act to the streets.

Here is a video slideshow of his clowning at an anniversary partly at the Huehue Community in the spring of 2017:

Dagen is also a visual artist. Included below is one of his pieces--a sort of mask made by painting on natural materials found at Xihua. His style is whimsical primitive. 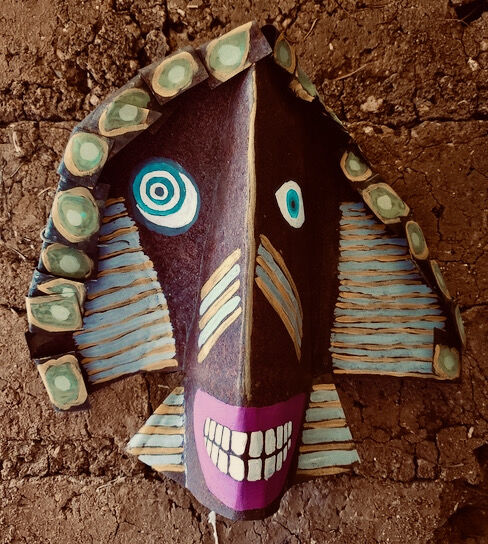 Tepoztlán, Morelos, Mexico. This is a Dagen Julty original. Photo by author

Please email me your comments:

I will post them here with your first name unless you ask to be anon.