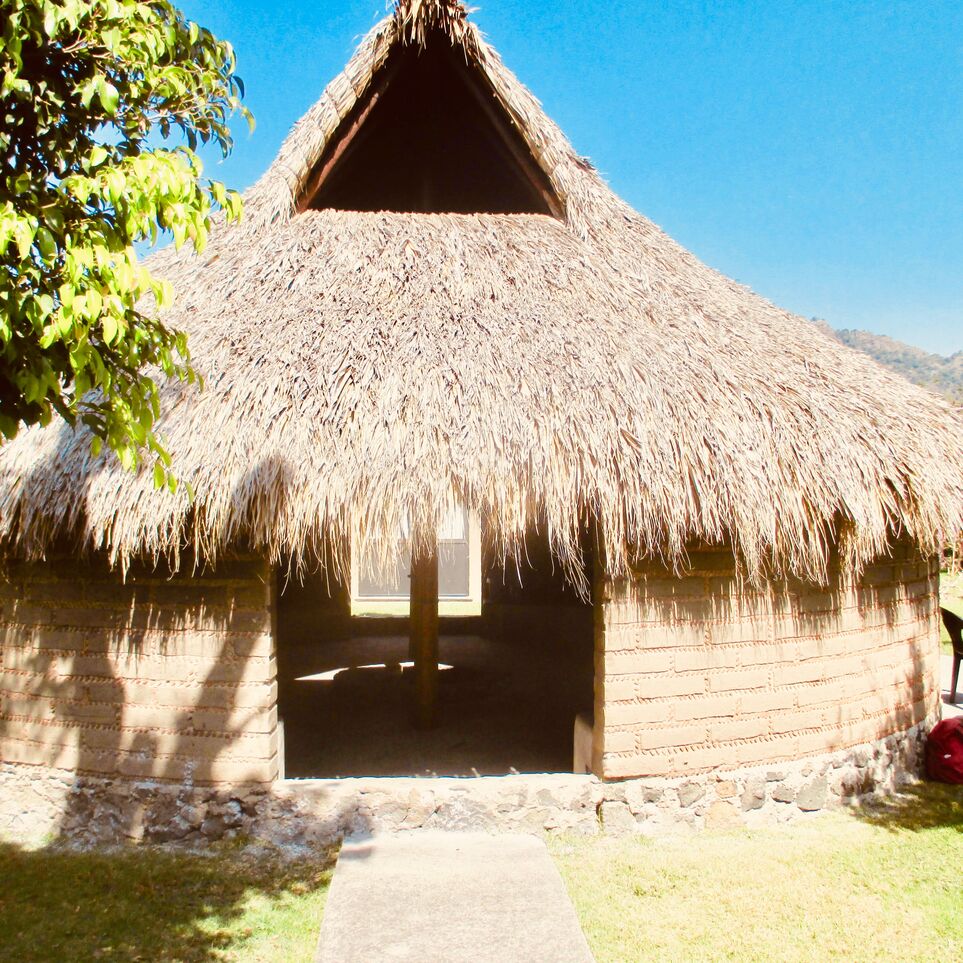 Tepoztlán, Morelos, Mexico. The Tuki is the  temple where Sacred Fires are held on moon and sun cycles.

"Around the world, at the Sacred Fire, people take part in one of humanity’s oldest traditions—sitting together around a fire."

--From The Sacred Fire Community.

Tepoztlán, Morelos, Mexico, where I live, was one location where the Sacred Fire Community started. Now there are community fires in the United States, Mexico, Colombia, Canada, the UK, Greece, and Australia.

I love these fires and to be a part of the community. I've been attending, mostly on a regular basis, since 2006. The more I attend, the closer I get to others. The deep personal sharing reminds me of the native derived Council Circles I attended at many Rainbow Gatherings and other events in the US prior to moving to Mexico. I find this a vital part of my life.

For many years, I was hesitant to participate in the opening ritual, as I was not comfortable without fully knowing what it was about. I was told by an elder that getting close to the Fire to make offerings warms us, melting out hearts so that we can be ready for the sharings in the next part. After that, I took part in them.

These images below show the Tuki, a traditional Huchiol temple where the fires are held, and a Nahua temple, home of another group, the Weather Workers, also housed on the site. 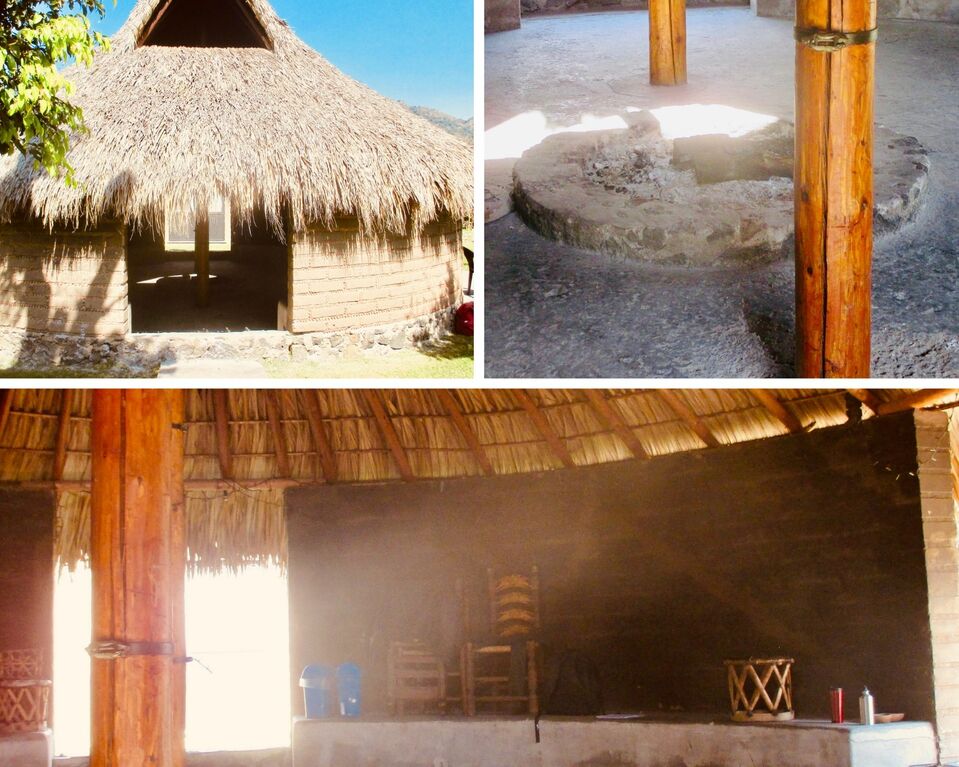 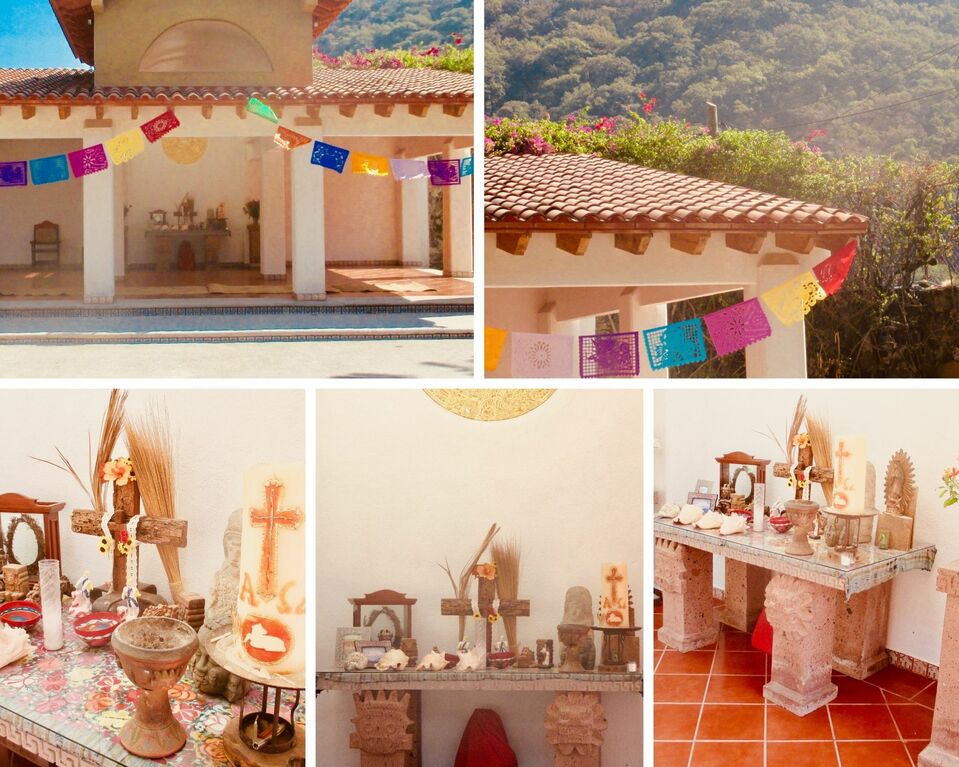 Tepoztlán, Morelos, Mexico. The Nahua temple of the Graniceros, or Weather Workers, across from the Tuki.

At the Sacred Fire 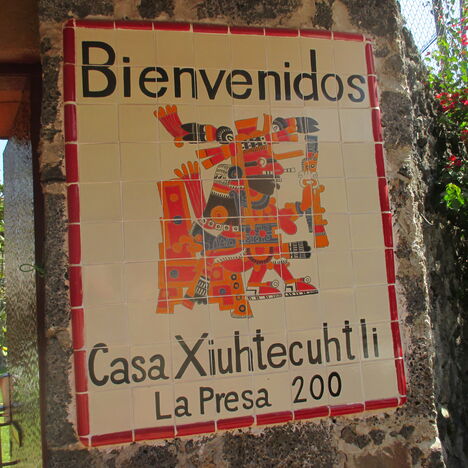 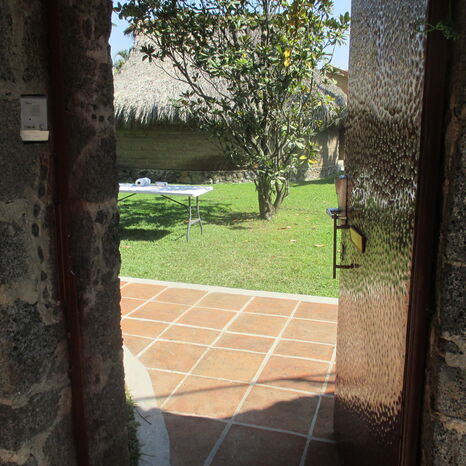 The Firekeeper prepared the space with cleaned chairs circled around the fire, and with a pile of firewood to feed the fire. He or she opens the door when the bell is rung. At this time it is usually near sunset. People chat informally, drink hot chocolate, and eat fruits or pastry around the Fire.

After a while, the Firekeeper asks for silence and explains what the Fire is about. First, there is the history of how the Huichol indigenous people of the north of Mexico came to Tepotlán to give their native ways to the white man. They provided a ritual to honor the Fire by having people circle the Fire and give four special offerings, one at a time, moving around the Fire as a group after each offering. This ritual is done in silence. Only five or six people can do this at one time. If there are many people, the offerings are done in different groups.

It's recommended that folks should only make offerings when under the guidance of a trained and initiated Firekeeper. It’s not something for people to try on their own.

This consecrates the Fire. The Fire is kept going by the Firekeeper adding wood as needed. Nothing else is thrown in.

After the offerings, the Firekeeper opens the circle for discussion by having us, one at a time, going around the circle, give our names, where we are from, and why we came to the Fire. The Firekeeper explains that the circle is then open for personal sharing, but from the heart, not from the mind. Some guidelines are offered, like confidentiality--what is said in circle remains there. If the speaker wants comments or advice, they can ask for it. Otherwise nothing more is said and it is another person's turn.

At the end of the evening, we each offer another stick in ritual fashion, and then all help with putting the chairs away and with cleanup.

Tepoztlán has three trained and initiated Firekeepers. Here is an interview with one:

Several times a year, there are other events on the land where the Fire Community meets. The international Weather Workers (Graniceros) have ceremonies there, too. These are two living, ancestrally-related traditions.

Here's what I experienced attending one of the Fire Community's special ceremonies, The Abundance Ritual, on December 13, 2020. First we had a circle outdoors around a fire, with introductions by several leaders. Then came the picking of the corn, with shucking afterwards. The best ears were saved for planting next years crop and for eating. Kernels were removed. Following that was the celebratory feast that included some of the roasted kernels. They were delicious! A closing fire ended our celebration.

Here are a slide show and video capturing the Abundance Ritual:

Do you value indigenous wisdom? Would you like to get more involved? Please check out these sites to find out how you can contribute and where the nearest Fire Community is relative to where you are.

Did you enjoy this article? Do you have any comments or questions? Please put them in the section below or email me.