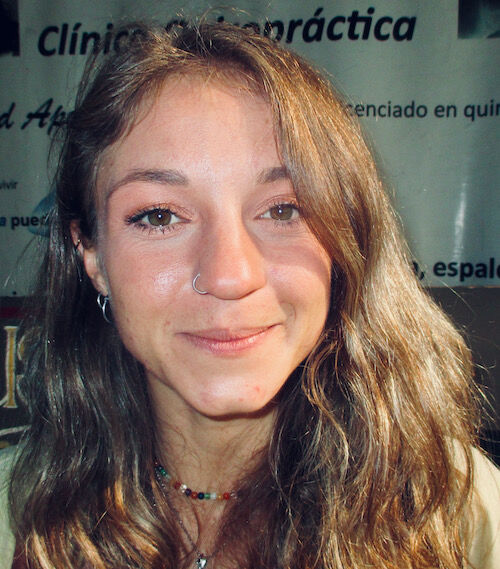 Are you interested in how a first time visitor experiences this place? We'll take a look here at Lana's first impressions of Tepoztlán.

Lana was born in Kazakhstan, from parents who moved there from Russia. She was raised in the US. An opportunity arose for her to visit Mexico. She found my site on a web search, contacted me, and I offered her a short term space to stay, plus an introduction to the area.

We arranged to meet at my favorite cafe.

Rustique is on a side street off of one of the two main streets in Centro (the center of town). This is a combination of a bakery and coffee shop. The coffee is grown in a neighboring state (Guerrero) by the brother of the guy who brings it here. He used to run a separate cafe called "Cafe Tepoz," which was very successful. Now he has two other cafes in the area.

The bakery sells french breads, rolls, and pastry that is much better than what's found on the streets and other places, but inexpensive. The pastry goes well with a cup of steamed coffee.

The place is open to the street and has small round tables that seat four people each. Current newspapers and books are available, as well as WiFi. 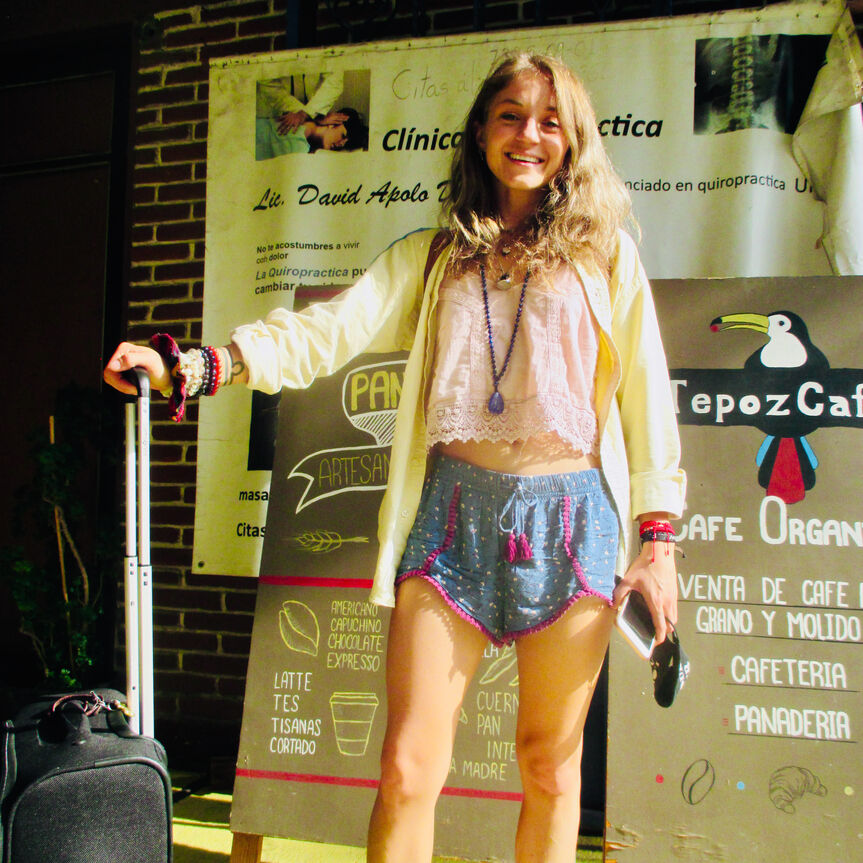 Lana and I had many interesting conversations, many over shared meals. I enjoy doing this with CouchSurfers.

Another activity I enjoy is hiking. We took a hike, walking the narrow and trails, some parts with steep drop offs, for half an hour. Then we came to an intersection and hiked a steeper, rockier trail for another twenty minutes to a flat area with a view. I've camped there many times.

I didn't take photos of our hike, but here are a couple from this blog: 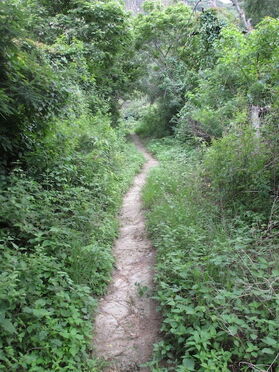 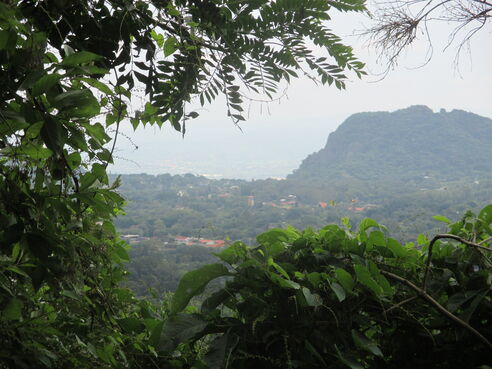 Tepoztlán, Morelos, Mexico. Left: The trail head. Right: A view from the trail. Photo by author.

And here is a video from an earlier blog that shows parts of the trail:

I was fortunate to interview Lana to hear how she experienced Tepoztlán.

EKKO is one of the popular organic farmers' markets on Fridays in Tepoztlán. Besides fruits and veggies, they sell excellent prepared foods and drinks. It's a very relaxing outdoor place to meet people and chat. I told Lana she would find her "tribe" there. As you can see from these photos, she fit right in. 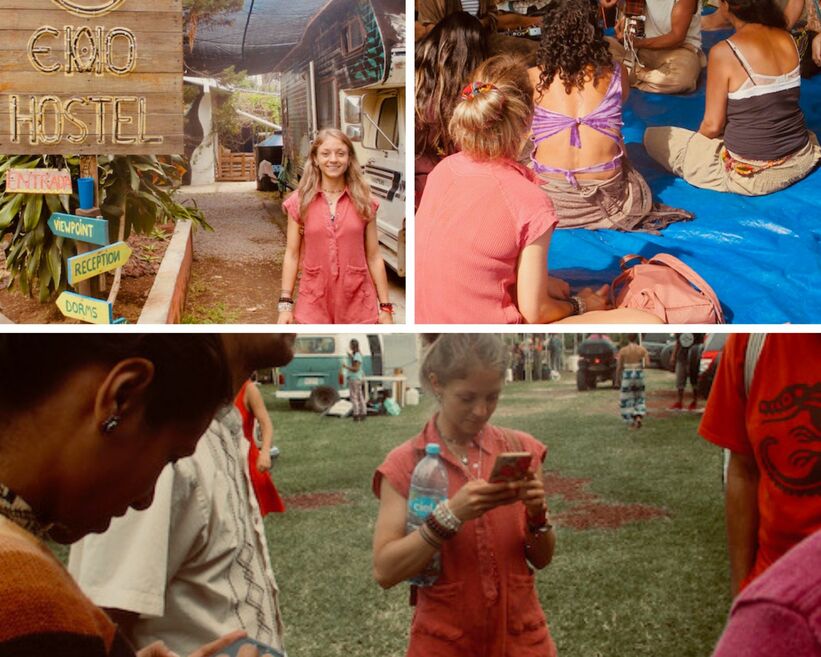