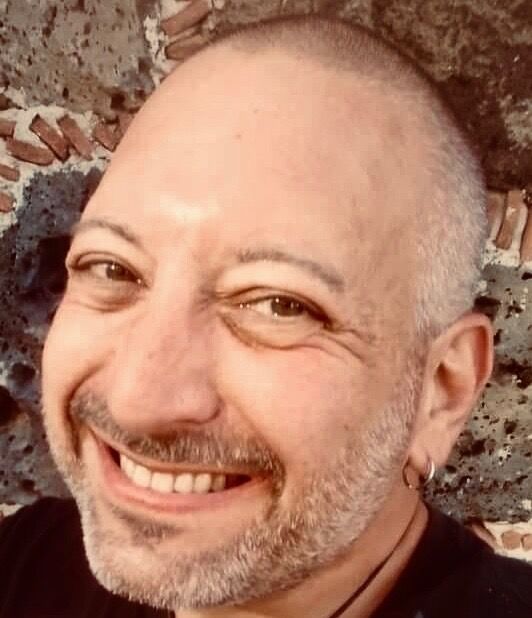 I met Craig through a mutual online friend, and we hit it off. He has a long and storied history related to punk rock, and after surviving many experiences from mental health care, he became a provider. He developed a healing workshop and a book, and he traveled the world with these.

His first time in Mexico was 2004, and he's been here many times until he immigrated as a refugee from the US in May 2019. He actually left Boston in 2018, touring Europe, and visiting Quebec, and the US southwest, before moving to Mexico.

In this article, we'll look at how Craig adjusted to living in Mexico, and we'll explore his projects.

Adjusting to the Mexican Culture 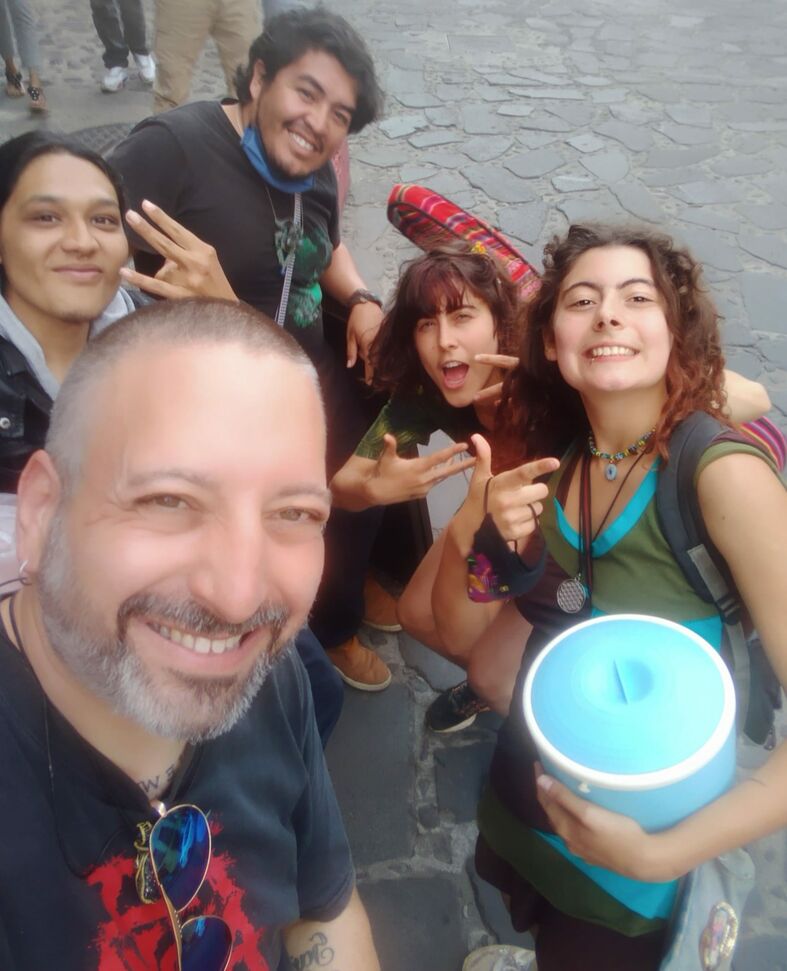 How did Craig make friends without knowing the language? He knew he looked different. Before moving to Mexico he spent years traveling and living in non-English speaking lands, in North America and in Europe. He was happy to live a much less stressful life compared to the culture of immediacy, comfort and convenience, of his home country.

He found he could use a few words or phrases with hand signals to get started. His interest in others sparked an interest in him.

In the US, residents are taught from birth that we are "numero uno," while in Mexico it's not like that. People are more respectful of the basics and of what matters, and the pervasive attitude is that everyone is equally important. In Mexico, Craig feels like he is slightly less of a weirdo than in the US, and the cafes and restaurants are happy for his patronage. He always gives a nice "propina," (a tip) because he knows he can come across as a pain in the butt; and as a guest in a foreign land it is important to be appreciated by the locals.

Living in a tourist area has its complications. Shop owners often view his interest as a potential sale, but not as a potential repeat customer. Over time, when you see the same people regularly, miscommunications due to language or via assumptions, are worked out via the warmth of the human spirit. If a schism comes up, it is usually due to a miscommunication, and Craig learned to manage these encounters by smiling, laughing, and shrugging his shoulders. In other words, by being human.

Often tourists, Mexican and foreign, ask him for directions. He appreciates the funny reactions he receives after giving directions to people in need in his broken Spanish. As an immigrant and refugee it is a joy for him to be a contributing member of the community

Craig discovered, in Mexico, a new foundation of what it means to be human. He moved beyond the barriers of language into a recognition of his character, energy, and presence.

Here is an interview with Craig, where he talks about his cultural adjustment: 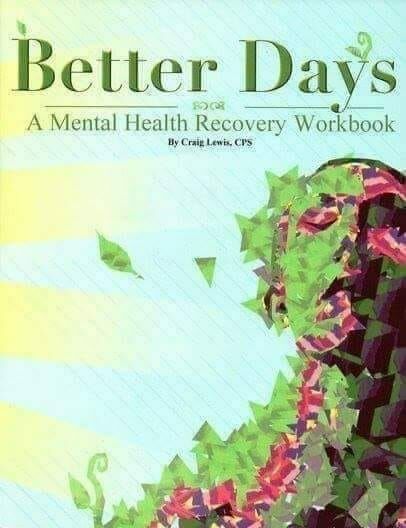 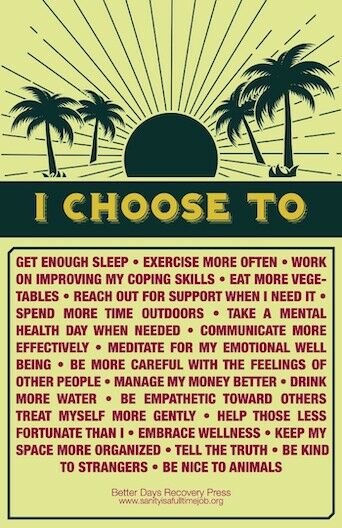 Book cover of one of Craig's most prominent projects.

A poster Craig developed from his own desires.

All of Craig's projects deal with difficult themes presented in clear and unique ways. Please check the section at the end of this article for links.

In the mid 90’s, he began writing and publishing Upheaval Fanzine, a cut and paste style photocopied hardcore punk rock magazine. Later he published an anthology of first hand experiences of those from the punk scene who experienced problems with the mental health establishment.

His more recent and most successful book, Better Days, derived from a DIY workshop he developed to help people in recovery from mental health problems. He toured the world giving workshops and translated the book into many languages.

As a companion to the book, he developed a poster to help remember what to strive for, also in many languages.

Craig's most current book is The Craig Lewis Guide to Surviving the Impossible. I was fortunate to be one of several to write an introduction. In this book, Craig outlines how he overcame some extremely difficult life circumstances. What makes this unique and exceptional is the insertion, after each part, of suggestions for the reader for personal followup.

In the following video, Craig shows us around his home. He calls this visual art project "Making My House My Home." Included in the video is his lovely back terrace and he describes how he relates to his plants and cats. 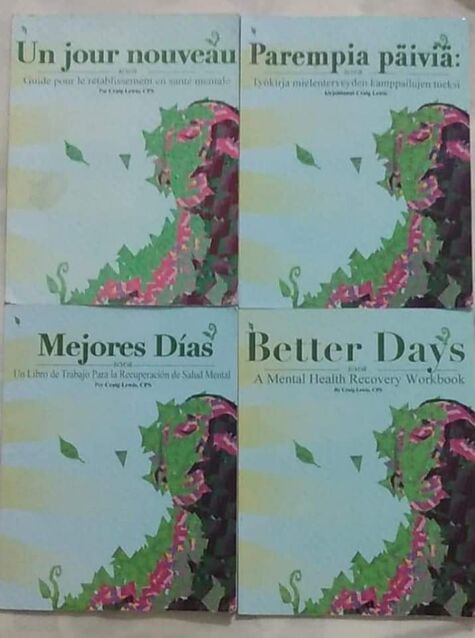 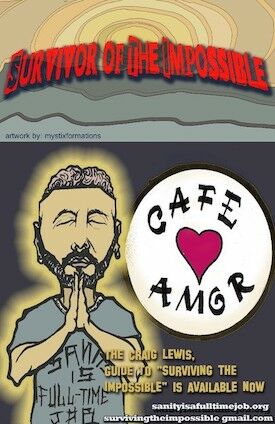 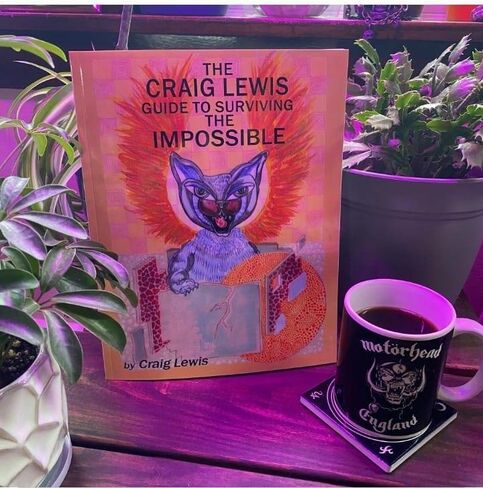 Here's a link to get his latest book: The Craig Lewis Guide to Surviving the Impossible.

You can contact Craig here. This is his official web site and here is his author page.

Some other items of interest: